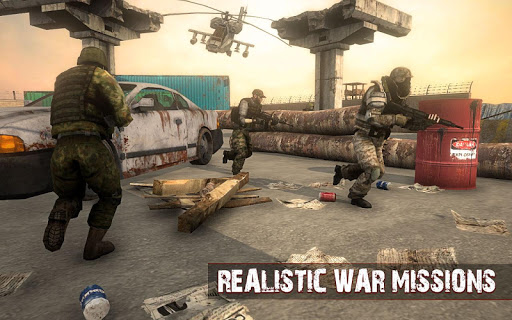 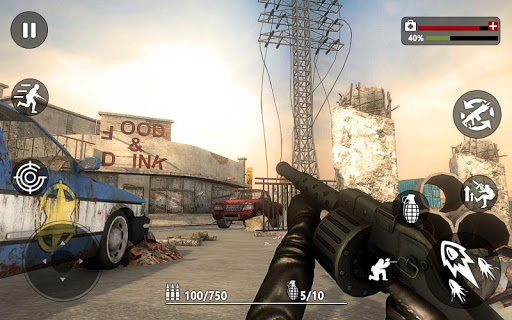 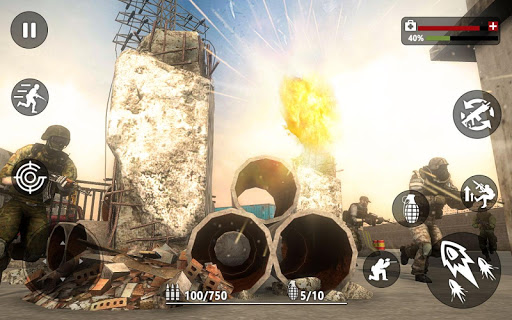 Are you a FPS shooting game fan? Welcome to join this best first person shooter!
Army Frontline Mission : Counter Terror War is a front line shooter game. Counter terrorist is holding weapons to kill the terrorist. The terrorist have taken down the city and want to rule over the us army. Their mission is to kill all the us army soldiers to be the best terrorist troopers of the world. But they don’t aware from the security operation by anti terrorist army frontline squad elite commandos. The Anti Terrorist starts their operation when they hear the sound of firing near the base camp. Area is on high alert with spreading enemies all around there. The team had sent best army soldiers but all in vein, now they have decided to send you their because you were the best army frontline soldier and would be perfect in this army rescue mission. Counter terrorist have oper war and this would be the alarming situation for us army to save their respect for the country.

As a front line shooter, in the warzone, use machine guns, shotguns ,assault rifles, pistols and other modern combat weapons to kill brutal terrorist. Use your best shooting skills to kill all terrorist! This is the time to show the nation and be an army frontline soldier in this army rescue mission us war to counter terrorism in this one of the best shooting games. The best graphics and the actual warzone is waiting for you to show up in this action game. Show your amazing fps shooting skills to be an army frontline assualt mission elite commander.