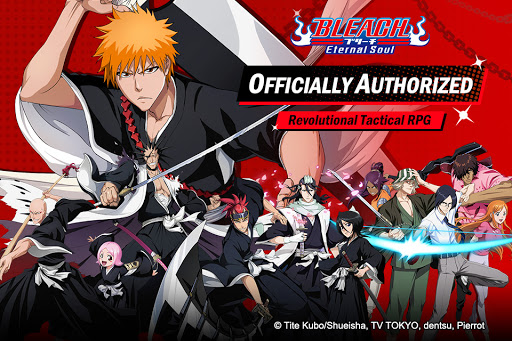 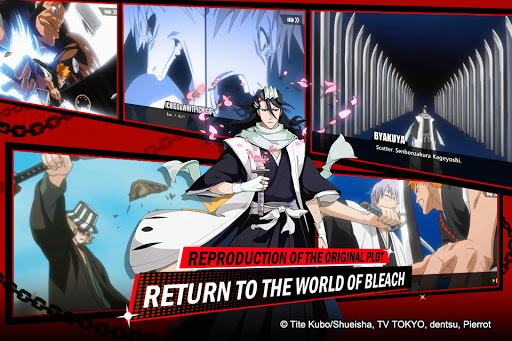 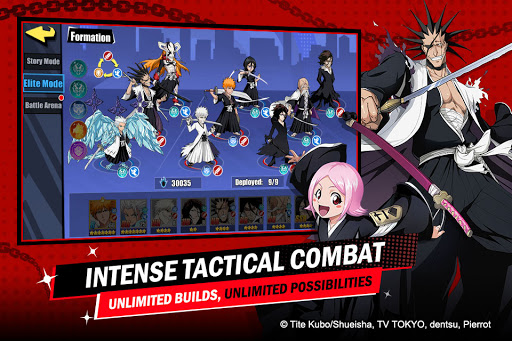 The official mobile adaptation of the popular BLEACH anime, which has swept Europe and America, now launched in S. E. Asia!
BLEACH: Eternal Soul faithfully recreates the plot of the original anime, with over 100 classic characters and voiceovers from the original cast of VAs. Fans of BLEACH, join us now to unleash your Bankai and eliminate enemies!

Return to BLEACH World
Relive the anime plotline, from Ichigo’s encounter with Rukia Kuchiki, to becoming the Substitute Soul Reaper, to braving the Soul Society, infiltrating Hueco Mundo, etc. Don’t miss a single classic scene as you witness Ichigo’s growth through his own eyes and go on a thrilling adventure in the world of BLEACH!

Bankai! Awaken your Zanpakuto!
Rediscover the coolest killing moves in BLEACH, including Ichigo Kurosaki’s Getsuga Tensho, Byakuya Kuchiki’s Senbonzakura Kageyoshi and Toshiro Hitsugaya’s Daiguren Hyorinmaru! And with the QTE system, you’ll feel like you’re in on the action with all your favorite characters!

Intense Tactical Combat
Create different combinations of character cards to activate bond effects, and choose the best formation to defeat even the most powerful enemies!

The journey of Soul Reaper is about to begin! Fellow Substitute Soul Reaper, draw your Zanpakuto and join us!
Post= com.efun.sishen.ae