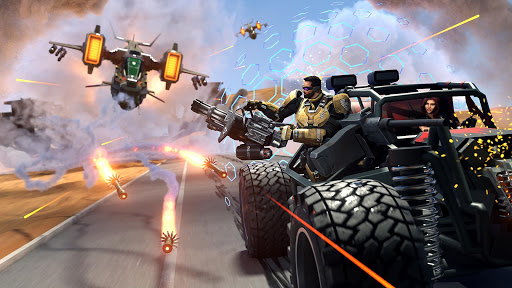 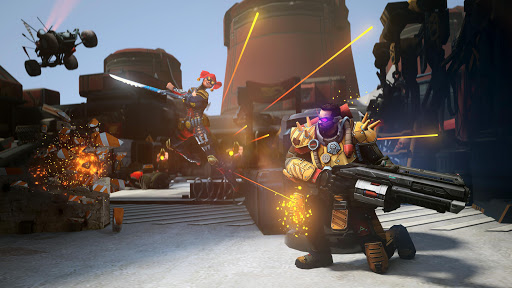 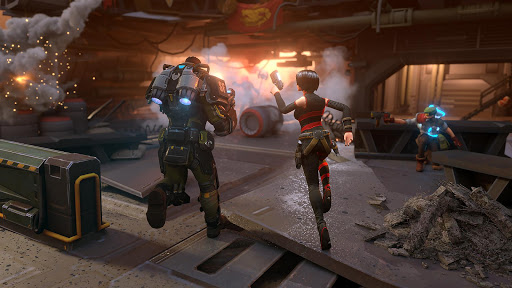 Merciless raiders, killer robots and alien spiders clash in a grand battle royale at the cataclysm-scorched plains of planet Utopia! It’s time for our hero, the Commander, to step in and fight his way to victory!
Team up with former rivals, assemble a hero squad and get ready for loot hunting and truly legendary boss raids! Evolution: Battle for Utopia is a mult-genre blockbuster – a mix of shooter, RPG and strategy!
Features
– Explore a world after the apocalypse. Time to turn a wasteland back into a paradise!
– Face your enemies in real time, PvP is there, too! Fight breathtaking battles and enjoy third person shooter combat!
– Build a team and level up heroes, plunder battlefields for loot, complete missions and uncover secrets!
– Raiders, snipers and even a robot dog! Recruit a truly memorable hero squad! Every hero is a person with rich background!
– Modern graphics and outstanding art: the visuals are an eye candy!
– Experience new things during gameplay – from shooter combat to mini games!
– A freedom of choice! There are no defense or assault classes – you can fulfill any role in battle and master all types of weapons and abilities!
– Allies and enemies await! You will gain new friends, but you’ll also meet sinister enemies… And don’t forget about greedy competitors whom you’ll fight in PvP battles!
– The world dynamically changes as you explore and terraform!
Good hunting, Commander!

Try out our other games: