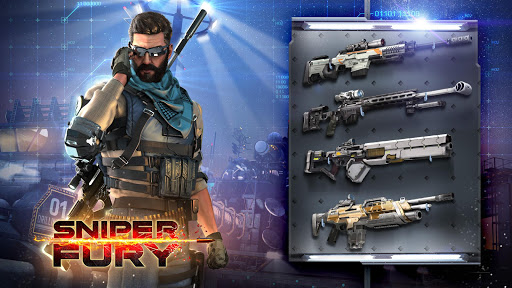 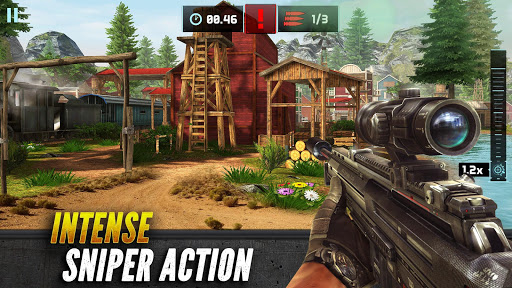 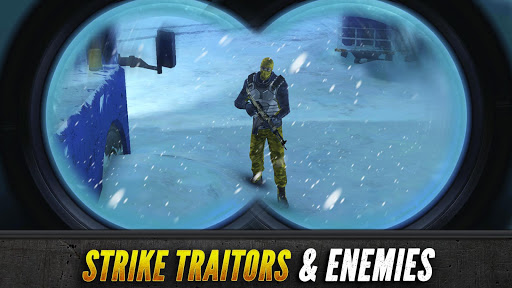 Sniper Fury puts you in the middle of epic 3D battlefields to become the ultimate hitman. As the world’s top sharpshooter, you do more than kill targets; you deliver justice from the barrel of a gun.

Deploy around the world, from the busy streets of Washington to the towering skyscrapers of Shanghai, each recreated in full 3D glory.

Equip sniper rifles, single shot repeaters, automatic assault weapons and more to accomplish your missions. There are hundreds of weapons for you to collect and upgrade, so bring the best one to your next shoot out!

Have clear vision? Strike with a sniper rifle. Need a closer shot? Then jump into the battlefield with your shotgun for adrenaline pumping shooting game action.

Thousands of people are playing Sniper Fury – in clans or as a solo hunter. If it’s glory you seek, earn your place on the leaderboard. If it’s a sharpshooter story that you want, strike down your enemies in the campaign!

SHARPSHOOTER ACTION
• Replay the kill shot from your top games with slo-mo effects.
• Upgrade your battlefield arsenal to strike at evil!
• Advanced sharpshooter guns make your best games even better.
• Collect guns & gear to upgrade your firepower and strike down anything from tanks to zombies.
• Sniper Fury rewards you for answering the call of this free, action-packed gun game.

THE BEST FPS LEAGUES
• Shoot for the high score as you gun for a place in the top game league!
• Be the best sniper on duty in this shooting game – only the best of the best reach the top.

SNIPER CLANS
• Join 3D sniper clans with top players.
• CLAN WAR: Call allies to action and prove to your rivals who’s the best hitman team around!
• Compete, win, and shoot to the top of the leaderboards!

This app allows you to purchase virtual items within the app and may contain third-party advertisements that may redirect you to a third-party site.
__

⚔️Outpost events: Get ready for a surge in particular outposts; conquer multiples of the same outpost for added benefits!

🎃The spook of the year is right around the corner — have your garlic close!